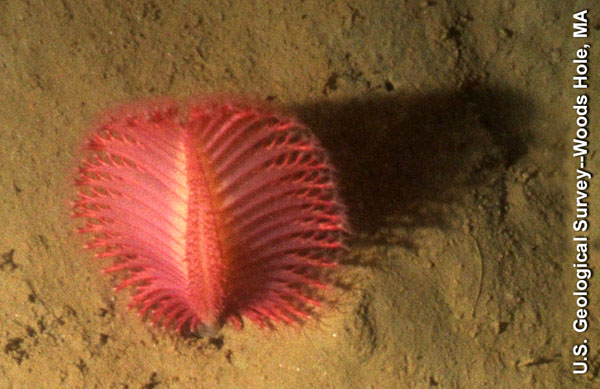 [KJIPUKTUK(HALIFAX)] – High seas fishing nations, members of the North Atlantic Fisheries Organization (NAFO), will hold their annual meeting this week, September 18-22 in Montreal, Canada. The Ecology Action Centre, a member of the Deep Sea Conservation Coalition and the Shark League for the Atlantic and Mediterranean, will participate as an environmental non-government observer. NAFO manages fishing of shared populations on the high seas – outside of Canada’s 200-mile limit. A series of United Nations Resolutions aimed at sustainability over the past decade have committed countries to vastly improve fishery management by bodies like NAFO.

“We’ve worked with NAFO for the past decade, advocating for protections of coral, sponge and seapen areas and proper management of fishing impacts on deep sea fish populations,” says Susanna Fuller, Senior Marine Coordinator at the Ecology Action Centre. “This year, we are looking to NAFO members to finish the job in protecting seamounts and to restrict research trawls in its closed areas.”

While NAFO has closed more than 380,000 km2 to all bottom fishing activity, seamounts in the Corner Rise and New England Seamount Chain remain unprotected. The single greatest impact on existing closed areas is the continuation of research surveys within those areas, sometimes hauling in up to 10,000kgs of sponges at a time.

“While scientists have been recommending that population assessments be changed to take into account ecosystem changes, we have yet to see managers integrate this into management decisions “says Fuller. “We know that changes in the climate and to the base of the ecosystem are happening – but to date NAFO has not acted on this - at the peril of future fisheries.”

As part of efforts to improve the understanding of bycatch, NAFO members agreed in 2015 (?) to submit data on all species that are hauled up in the catch of targeted fisheries.

“We are very concerned about the lack of data and effective safeguards for several species of skates and sharks taken in NAFO fisheries, “ says Katie Schleit, also a Senior Coordinator with the Centre. “In particular, excessive catches by several countries are impeding the recovery of threatened thorny skates while take of Greenland sharks – which can live to 400 years – is poorly understood and almost completely unregulated.”