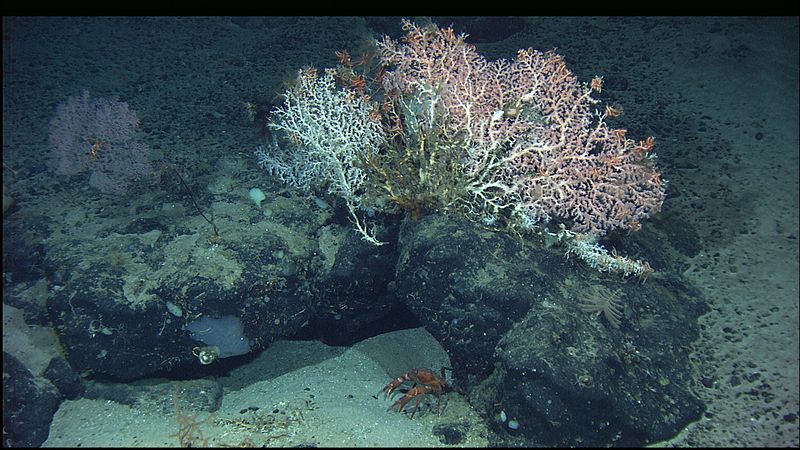 [MONTREAL] — The 39th Annual Meeting of the Northwest Atlantic Fisheries Organization (NAFO) closed today, in Montreal. The Ecology Action Centre attended as an observer to the meeting of 12 Contracting Parties who collectively manage fisheries on the high seas, outside the 200-mile limit in the North Atlantic. This was NAFO’s first meeting under an amended Convention which came into force in May 2017. The amended Convention increases obligations to rebuild depleted fish stocks and manage according to an ecosystem approach, which means considering not only target species, but also on non-target species, seafloor habitats, and the ecosystems these species are a part of when making management decisions. Under the United Nations General Assembly Resolutions adopted over the last decade, high seas fishing nations and regional organizations are obligated to protect vulnerable ecosystems from fishing activity or not allow fishing to occur.

“We are pleased that NAFO agreed this year to extend further protections to the New England Seamount chain, creating a link to the closures within US waters,” says Susanna Fuller, Senior Coordinator at the Ecology Action Centre. “But they could have closed additional seamounts as advised by scientists in 2014, particularly those on the Corner Rise. Rather than finish the job, NAFO took incremental steps.”

The greatest threat to vulnerable marine areas, including the areas already closed to bottom fishing to protect corals, sponges and seamounts, is the continued activity of research trawls within these areas. Since the closures have been put in place, over 120,000kg of sponges have been destroyed as a result of research.

“It is critical that as managers move to protect areas from bottom fishing, that non-destructive surveys are put in place,” says Fuller. “It is just not acceptable to continue this type of science in areas where we know recovery of these species is on the order of decades to centuries.”

While several fisheries within the NAFO area remain under moratorium – 3NO cod on the Grand Banks, and 3LNO shrimp – some fisheries have recovered and have been opened in the past decade.

“Stocks like 3M cod and redfish, fished on the Flemish Cap, have been re-opened, however in both cases this year we saw a failure of NAFO to follow precautionary scientific advice, opting for quotas above what was recommended by science,” says Katie Schleit, also a Senior Coordinator at the Ecology Action Centre. “And again, NAFO failed to regulate a deep sea fishery for Splendid Alphonsino – a vulnerable seamount fishery that has never recovered from over fishing in the 1980’s.”

After two years of analysis, an agreement was reached on a management strategy for Greenland Halibut and additional assessments were called for in the coming year, including 3M cod.

NAFO took steps at this meeting to increase transparency with stakeholders, which included inviting observers to submit to the organizations Performance Review which will take place later this year and committing to data sharing between NAFO and oil and gas regulators within the Canadian boundaries.

“Next year, we’ll be looking to NAFO to make concrete steps to conserve populations through an ecosystem approach, in line with the amended Convention,” explains Schleit. “This will include taking action to protect vulnerable species like thorny skates and Greenland sharks”.