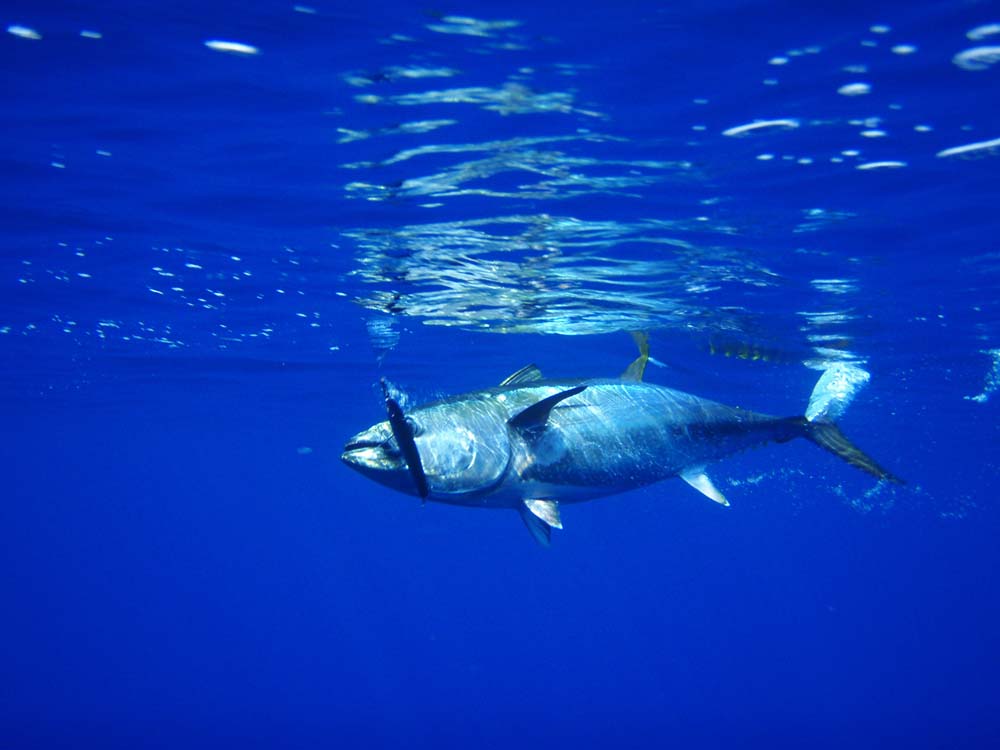 KJIPUKTUK (HALIFAX)- The Department of Fisheries and Oceans (DFO) announced on Saturday its recommendations to list or not list 15 aquatic species under the Species at Risk Act (SARA). This list included the iconic Atlantic bluefin tuna, assess as endangered in 2011 by an expert group of Canadian scientists – recommended to not be listed, but to continue to be managed under the Fisheries Act. The Western population of Atlantic bluefin tuna is still at just 55% of 1970s levels, a time when the population was already severely depleted.

Protection under SARA is the last step for species in Canada that have been assessed by scientists as ‘at-risk’ of extinction – if listed under the Act, the species becomes formally protected under Canadian law. For commercial fisheries, listing under SARA would prohibit directed fisheries, and any harm must be permitted under the Act. If a species is listed, a recovery strategy must be developed that identifies what needs to be done to stop or reverse the decline of a species. The rationale identified by DFO in the Canada Gazette for not listing is largely socio-economic, as SARA listing would mean shutting down the directed tuna fishery.

“It is a step forward that DFO is making its recommendations for listing public. However, Atlantic bluefin has been waiting for a decision for over 5 years, with essentially no measures taken by DFO to recover the species in the interim. In fact, the quota for catching bluefin has increased in this time” says Katie Schleit, Senior Marine Conservation Coordinator at the Ecology Action Centre. “Because of the importance of the bluefin tuna fishery to Atlantic Canada, we didn’t necessarily expect the recommendation to list tuna – however, this now sets the stage for a new focus on recovering bluefin. Continuing to improve the status of bluefin tuna will only help coastal communities in the future.”

In 2014, Canada and the other members of the International Commission for the Conservation of Atlantic Tunas (ICCAT) agreed raise to quota for the Western population of bluefin tuna from 1,750 metric tonnes (mt) to 2,000 mt a year.

With the Canada Gazette recommendations, there is currently a 30-day period for public comment, and then the cabinet has nine months to make an official listing decision. If government follows the recommendation to not list Atlantic bluefin, it will trigger DFO’s 2013 Listing Policy and Directive for “Do Not List” Advice which includes a set of instructions for what DFO must do under the Fisheries Act if the decision is to not list under SARA with regards to specific actions to recover the stock.

The Ecology Action Centre, together with scientists at the University of Victoria published a paper in 2015 detailing how little has been done by DFO to change its management practices once commercially important marine fish are considered threatened or endangered.

“We called this report ‘Missing the Safety Net’” says Susanna Fuller, report co-author and Senior Marine Conservation Coordinator at the EAC. “And it is now time for DFO to show that it has a real plan and a safety net for bluefin if indeed the cabinet decides not to afford the species protection under SARA. The status quo is not an option. We will be watching Canada’s positions at the upcoming ICCAT meeting in November, as well as here at home.”

The EAC recommends that DFO take specific and immediate next steps to show that it is serious about taking responsibility for bluefin tuna recovery, if it is not going to support legal protection under the Species At Risk Act. These steps should include at a minimum: following precautionary scientific advice that will help further rebuild the stock with a high probability, adopting a management strategy for bluefin tuna that includes target and limit reference points, as well as potential harvest control rules, and increasing monitoring in all ICCAT fisheries including through human observers and electronic video monitoring.

The Department of Fisheries and Oceans released recommendations to list or not list 15 aquatic species in the Canada Gazette on August, 26, 2016.

The International Commission for the Conservation of Atlantic Tunas is responsible for the management of tuna and tuna-like species in the Atlantic Ocean and Mediterranean Sea.

The Committee on the Status of Endangered Wildlife in Canada assessed the population of Atlantic bluefin tuna that swims in Canadian waters as endangered in 2011 based on a 69% decline over three generations.

The Ecology Action Centre and University of Victoria paper on DFO management practices for Species at Risk can be found here.

More information on Atlantic bluefin tuna in Canada can be found here.