The benefits of wetlands may not be immediately obvious, but they are ever present. Wetlands serve as a quiet safeguard against climate change offering protection for people, communities and countless species. By fighting back on projects that cause severe harm, like open pit gold mining, by working with community partners and organizations to promote and strengthen awareness of their value and by leading educational initiatives, the Ecology Action Centre (EAC) is advocating for strong protections to prevent their degradation and destruction.

Wetlands are low-lying areas of land that gather fresh or saltwater. They can be quite small or span very large areas and are home to thousands of species of plants, mammals, birds, amphibians, and reptiles.

Just like some forests, coastal environments and marine areas, wetlands are a form of nature-based climate solutions. For example, wetlands can absorb large amounts of rainfall, replenish groundwater, and provide protection against both floods and droughts. Since they reduce damaging wind, wave, and ocean current actions, coastal wetlands also protect communities and infrastructure during hurricanes and other severe weather events. In addition, wetlands, particularly salt marshes, store significant amounts of carbon in their soils, helping to mitigate climate change. 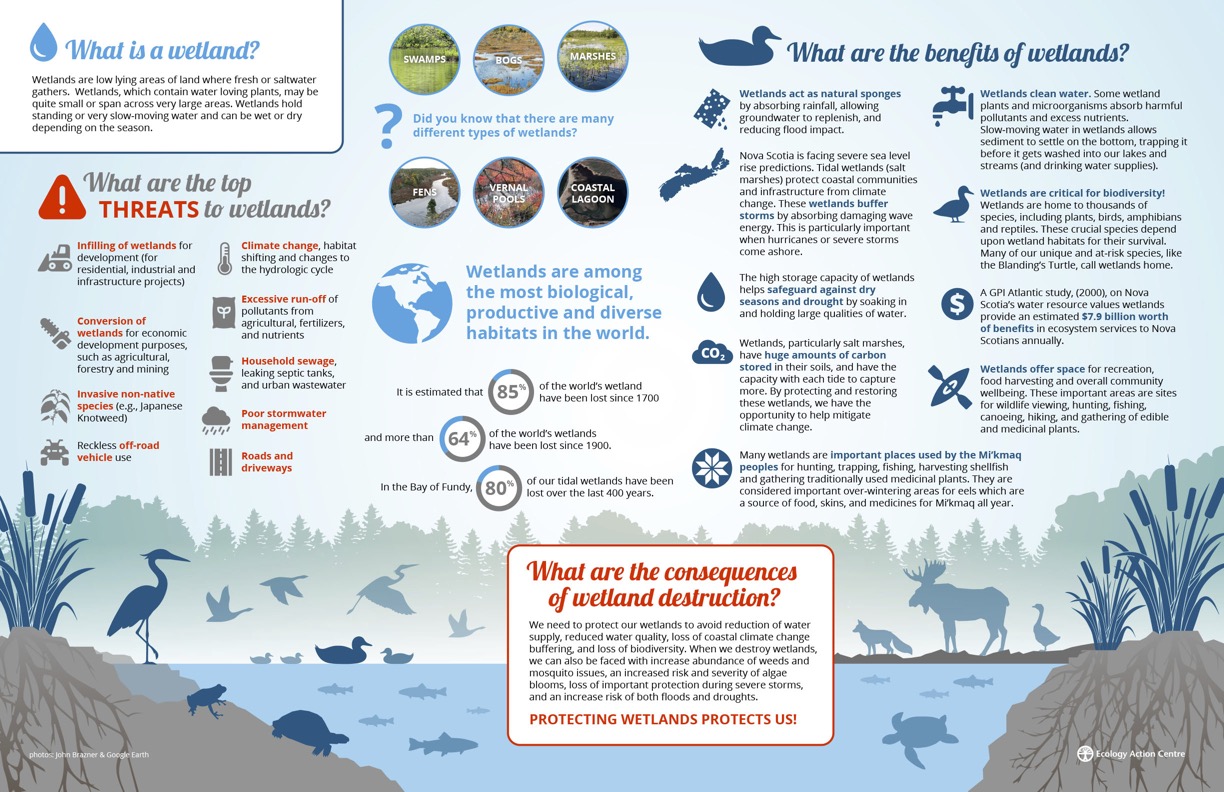 World Wetlands Day honours these incredible natural features and reminds the world to reflect on the importance of wetlands in the fight against climate change. World Wetlands Day takes place each year on February 2, the anniversary of the Ramsar Convention on Wetlands, which was adopted as an international treaty in 1971.

Join us and other organizations across Nova Scotia in celebrating local wetlands for World Wetlands Day 2023!